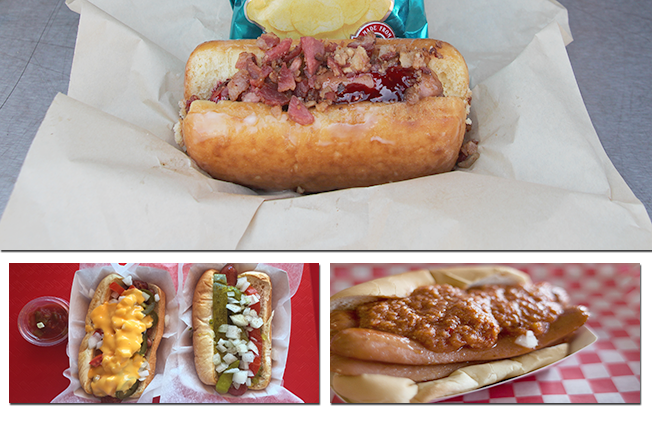 Hey, Matt, here's the bet. If Frawley Stadium wins the Best of the Ballparks competition that Ballpark Digest is having, we all go down to the stadium to eat a Sweenie Dog. You in? Of course I'm in. I'd also be in if Frawley Stadium tied this contest. Or lost. Or if it was Tuesday. But Frawley Stadium did win that competition, beating out 31 other stadiums in the High A bracket, edging out Bright House Field, home of the Clearwater Threshers (and spring home to the Philadelphia Phillies) in the finals. And so plans began to get our hands on baseballs sweetest weenie, a hot dog with raspberry jam and bacon on top of an elongated glazed doughnut from fan-favorite hometown bakery, Serpes. The Sweenie has received no shortage of regional press, and at this point, it might be in contention to be the Blue Rocks rookie of the year. But before we get to the Sweenie and trust me, well get to the Sweenie I decided to check in on three other great hot dog spots in the area. Because this is my work. Maestro, some inspirational hot-dog eating music?

The Dog House A classic hot dog joint that's right off I-295 near the Delaware Memorial Bridge. Your choices are counter seating or takeout. Be ready with your order when you sit, and since you're here for a hot dog, you want the chili-cheese dog. They'll ask if you want onions and mustard. Of course you want onions and mustard. You'll see hot dogs warming in the flat-top grill with slices of American cheese on top. Hungry? Get a foot long. Or get two. The sizeable staff behind the counter is a high-precision hot-dog production machine. Your dog arrives within minutes. Fries fly in at the same time fresh and hot. You eat. When you're done eating, you leave. Make way for the next guy. The Dog House is cash only, but a chili-cheese dog, fries and a drink will run you less than $8. I hear the cheesesteaks are great too, but that's another blog. 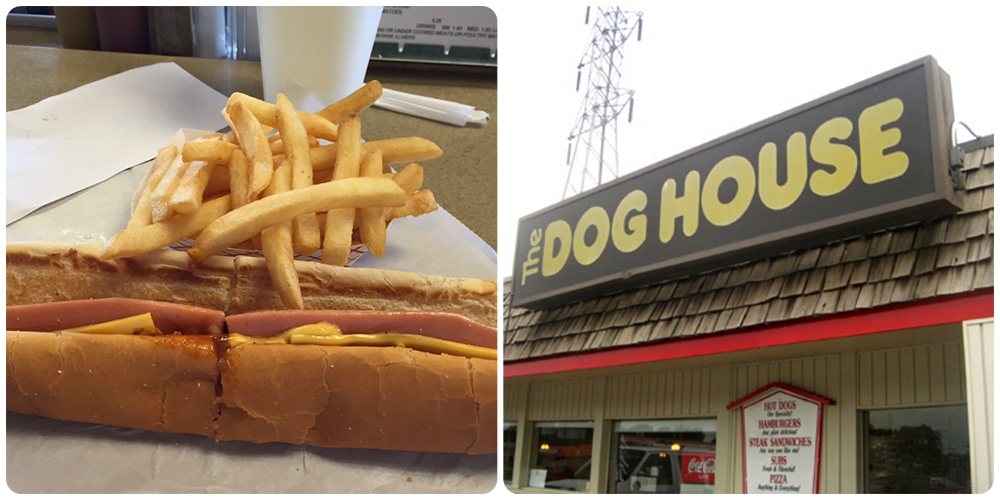 Deerhead Hot Dogs The iconic Delaware hot dog, complete with a thick, chili-like bean sauce that's made from a secret recipe and has quite a kick, is the Deerhead dog. Many have tried to figure out a version to make at home, there's nothing like the real thing. No serious hot dog aficionado can leave town without trying one. (There are three locations around the area. The one in Christiana Center Point is the closest to I-95, and the one in the Boxwood Shopping Center is the closest to downtown Wilmington.) 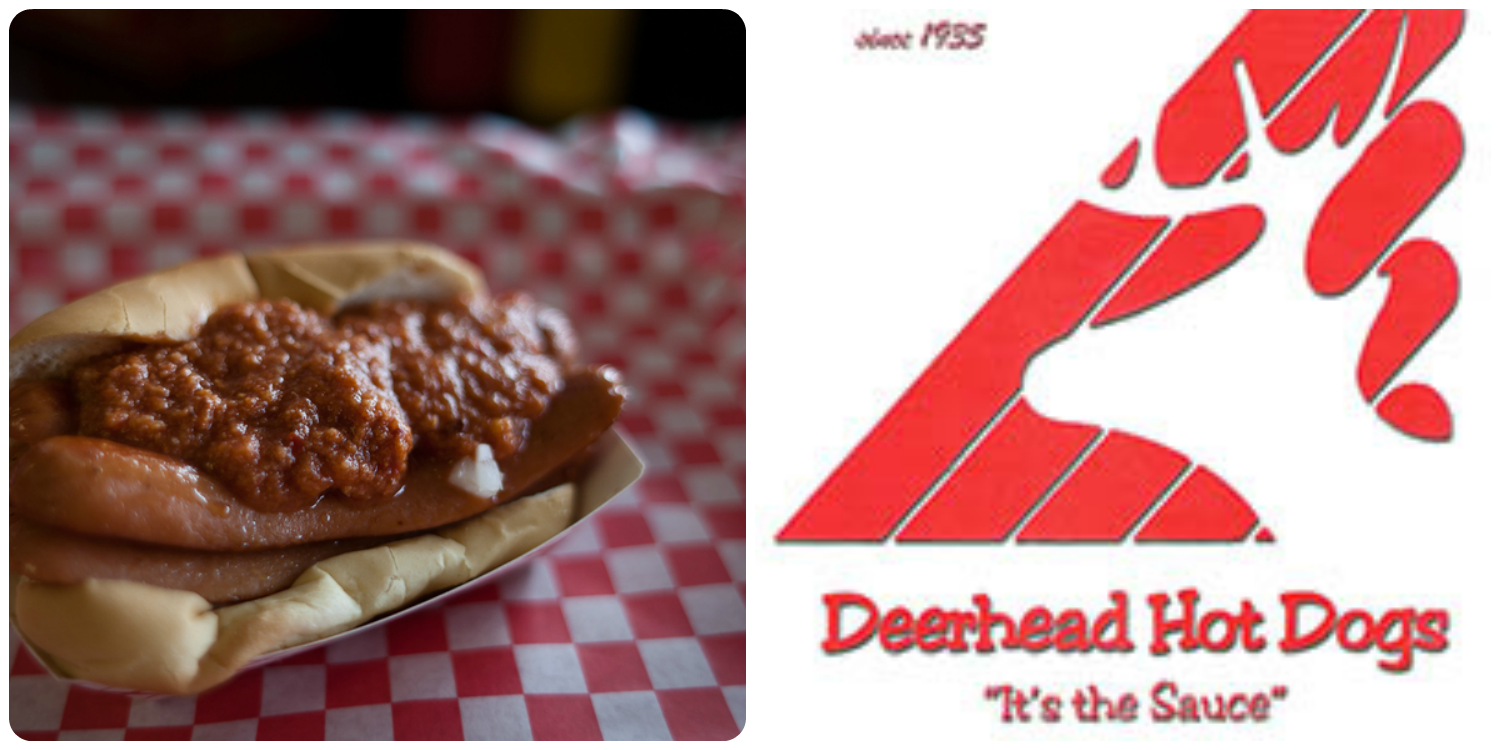 Johnnie's Dog House And now we move from Delawares iconic dog to a place that celebrates iconic dogs from around the country. Johnnies has an array of toppings that pay tribute to the great dogs of America, from the Michigan (yellow mustard, chili, onions) to the Hawaiian (pineapple and crushed potato chips) to the I'm-pretty-sure-they-made-it-up Monkey Hill dog (grilled bananas, crunchy peanut butter, chopped bacon and honey). The place is also truly veggie friendly with lots of veggie-dog options. Two more to consider: The Chicago dog is a solid representation of the classic, with spear pickles, tomatoes, onions, celery salt and real sport peppers, and the Delaware Destroyer is two hot dogs served on a hoagie roll topped with mac n cheese, chili, grilled onions and hot sauce. What does that have to say about Delaware? It says were the kind of people who would embrace the Sweenie, that's what it says. 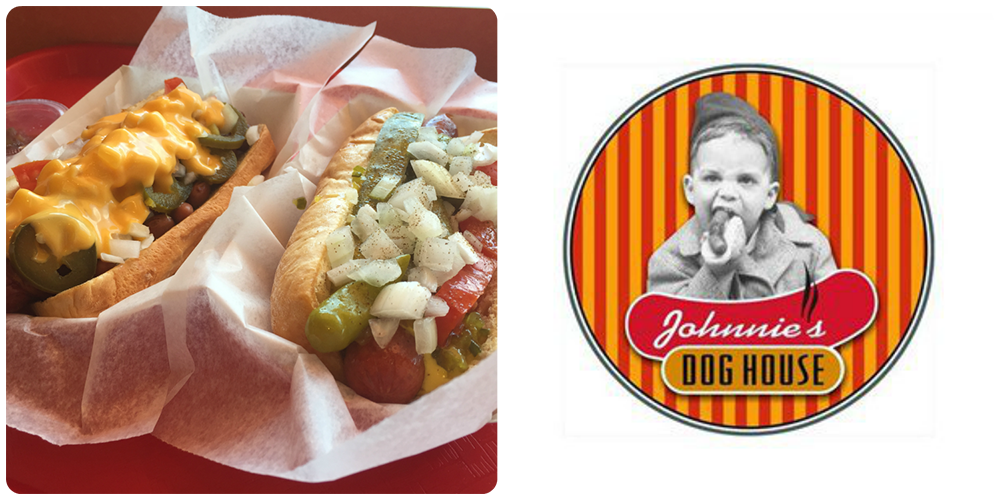 Frawley Stadium Which brings us back to the Blue Rocks and that Sweenie dog. Sarah and Gaby from the tourism office went along with me. (I learned when we got there that Id be getting my own Sweenie, and they'd be splitting one. What does that have to say about me? I think we all know the answer to that.) And the verdict: It was surprisingly good. Tasty, even. In the words of Philly sports broadcasting legend Glen Macnow, It is an explosion of flavors, an item that your cardiologist will hate and a 10-napkin (minimum) experience. According to people at the park, Sweenie sales are strong. And I'd have another. 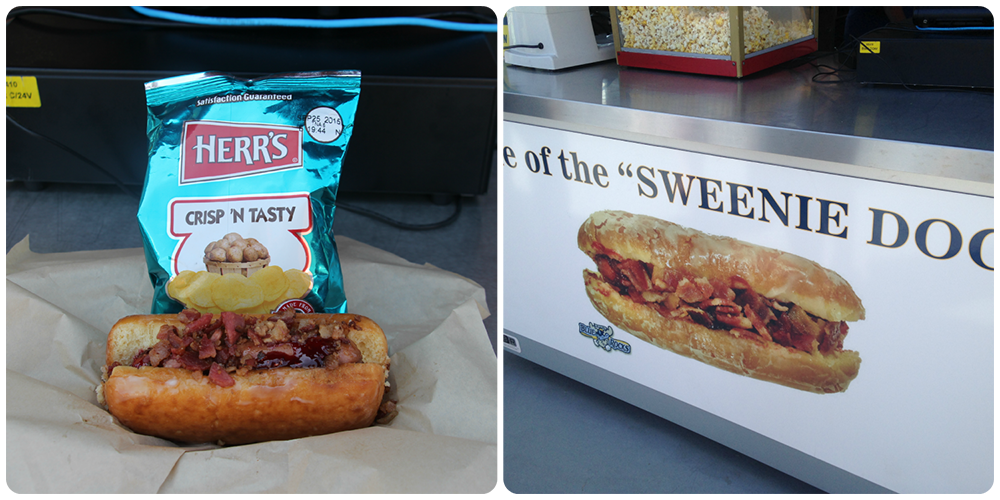